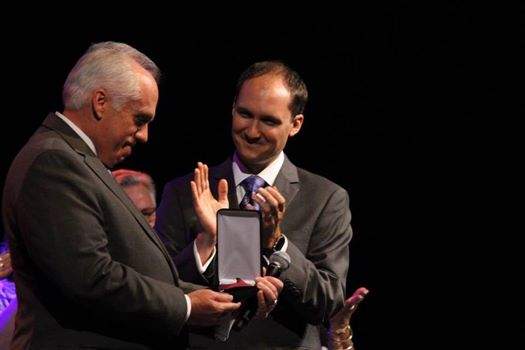 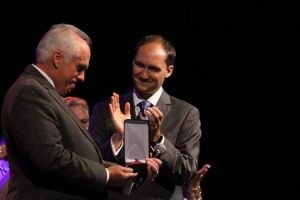 (Photo courtesy of George E. Majors)
In May, the members of Gold City, past and present, were inducted into the Gospel Music Association Hall of Fame during a ceremony in Nashville, Tennessee.  At that time, Mark Trammell was not able to attend.  When MTQ appeared at the Memphis Quartet Show (June 15, 2017) the staff took a few moments to honor this special occasion by giving Nick the opportunity to present the induction medal to his father on stage.  It was a special moment on stage!
We want to thank the staff at the Memphis Quartet Show for all their hard work in making the acceptance of this medal a special memory for Mark and Nick!
To watch video, click here —> Video
(Filmed by Diana Brantley)