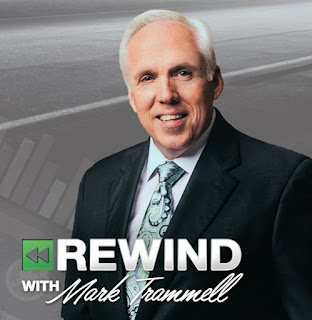 The song “Heaven” was originally a Bluegrass song sent to me by Mark Mathes. I was singing with Gold City at the time and had the task of bringing songs to the bus where we would all listen and decide what we wanted to record. “Heaven” had not been sent to us for review, it was just on the project with the other songs the songwriter wanted us to hear. When I heard it, it was as Bluegrass as Bluegrass can be! I called the writer and said, “I want Heaven.” He said, “What?” Then I said, “…but it won’t be Bluegrass when I’m done with it!” We took the song into the studio and I told the musicians, “I want to completely recreate this song and make it more progressive than Bluegrass but situate it in the middle of a traditional gospel quartet song.” That’s what they did! John 14 comes alive in the song – and it will be a wonderful place!
– Mark Trammell

Do you have all three versions of “Heaven?” If you have the Gold City recording of “Pressed Down, Shaken Together, Running Over,” the Mark Trammell Trio CD “Love To Tell The Story” and the quartet’s version on “Rewind” …tell us what version you listen to the most!

Heaven is available on Rewind for purchase at www.marktrammellquartet.com